Accueil > News > Eye Candy slips in under the radar

Eye Candy slips in under the radar 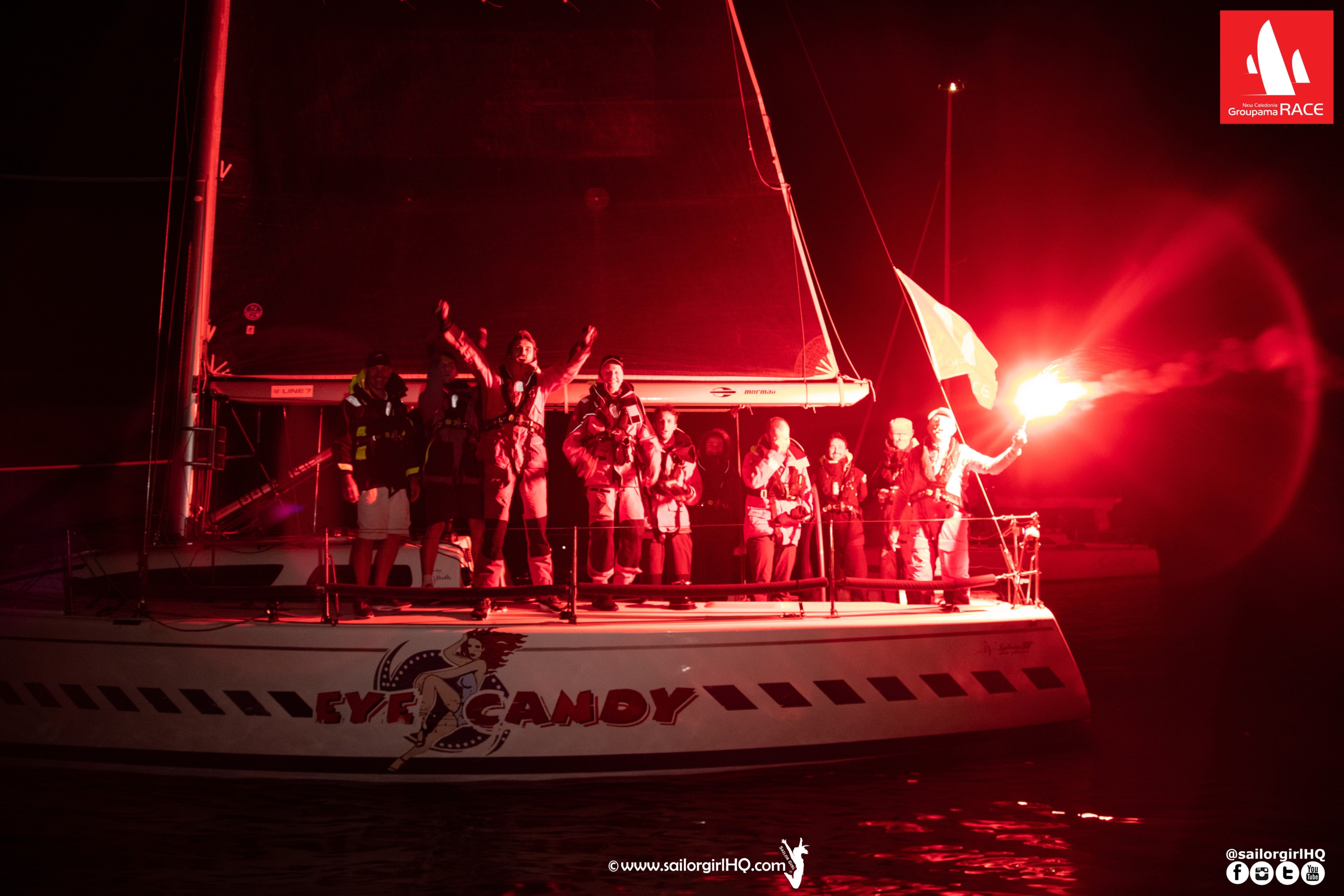 Groupama Race: Eye Candy slips in under the radar

First Caledonian in real time, Eye Candy, were pushed along by their rivals, Guilty Pleasures and Poulpito, also Sydney 38’s.

They passed Kalolo, a catamaran, who had been the leading Caledonian for the majority of the race, in the final nautical miles of the 654 mile challenge.

Now the crew of Thierry Leseigneur will also win on corrected time, flying under the radar of both Axians Untouchable and BCI Brer Fox, who each had turns at the top of the leaderboard for the majority of the race.

The Optic Discount-Clockwork double crew commented, “the sea reminded us of the three golden rules of the Groupama Race: it’s a race that requires preparation, it never goes as planned, and on the west coast, pull ashore,” said Patrick Baldi, the skipper.

An IRC ranking that honours the Sydney 38

After many twists and turns, it was finally the three Sydney 38s who won this edition of the New Caledonia Groupama Race on corrected time: provisional first place for Eye Candy, followed by Guilty Pleasures – Speed Marine and Poulpito MLS – FCD. A podium snatched from their pursuers; Axians – Untouchable and BCI – Brer Fox, who battled for the lead for much of the race. After a constant battle, the weaker weather conditions over the past twenty-four hours.

Christophe Gallien, skipper of Axians – Untouchable, recognizes that there is disappointment in the air: “We are disappointed because we were very well placed, we had a great regatta, but the wind was capricious” . The podium isn’t everything, and the crew has a broad smile: “It’s above all a magnificent human adventure, with five golden guys! I’m leaving tomorrow without hesitation! jokes Dorothée Gouyer, team member of Axians – Untouchable, who has just arrived.

One of the boats who has arrived since the winners is the all female crew:

Earlier in the night, the Blade Runner crew announced their retirement following rudder damage. Safe at the Koumac marina, Damien Meunier and Thierry Robert, prioritised their safety and that of potential rescuers, making the incredibly tough decision to not finish.

The final boat still racing, Cipango, the only boat in the Cruising Division, is expected to finish in the early hours of tomorrow morning ahead of the celebration and prize giving at the Chateau Royal Sunday evening at 1800.

The protest that was lodged by the Race Committee against Antipodes regarding Sailing Instruction 15.5 was heard yesterday. The protest was dismissed.

We will keep you updated as the fleet progresses, and will provide live finishes and interviews on arrival. 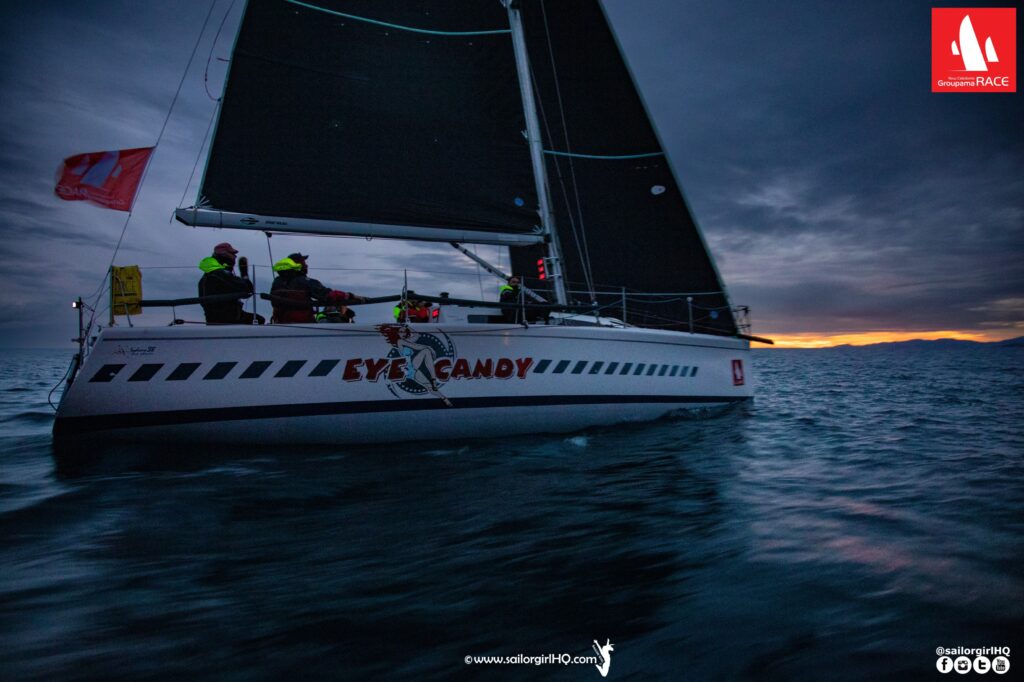 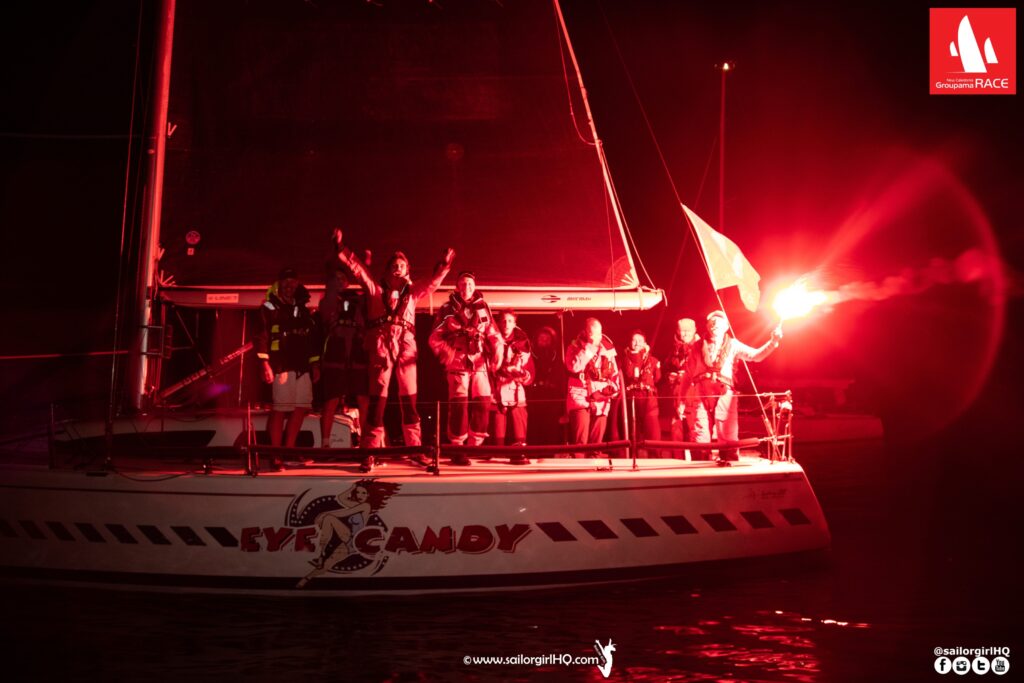