Rushour is the first in a rush of Australian arrivals 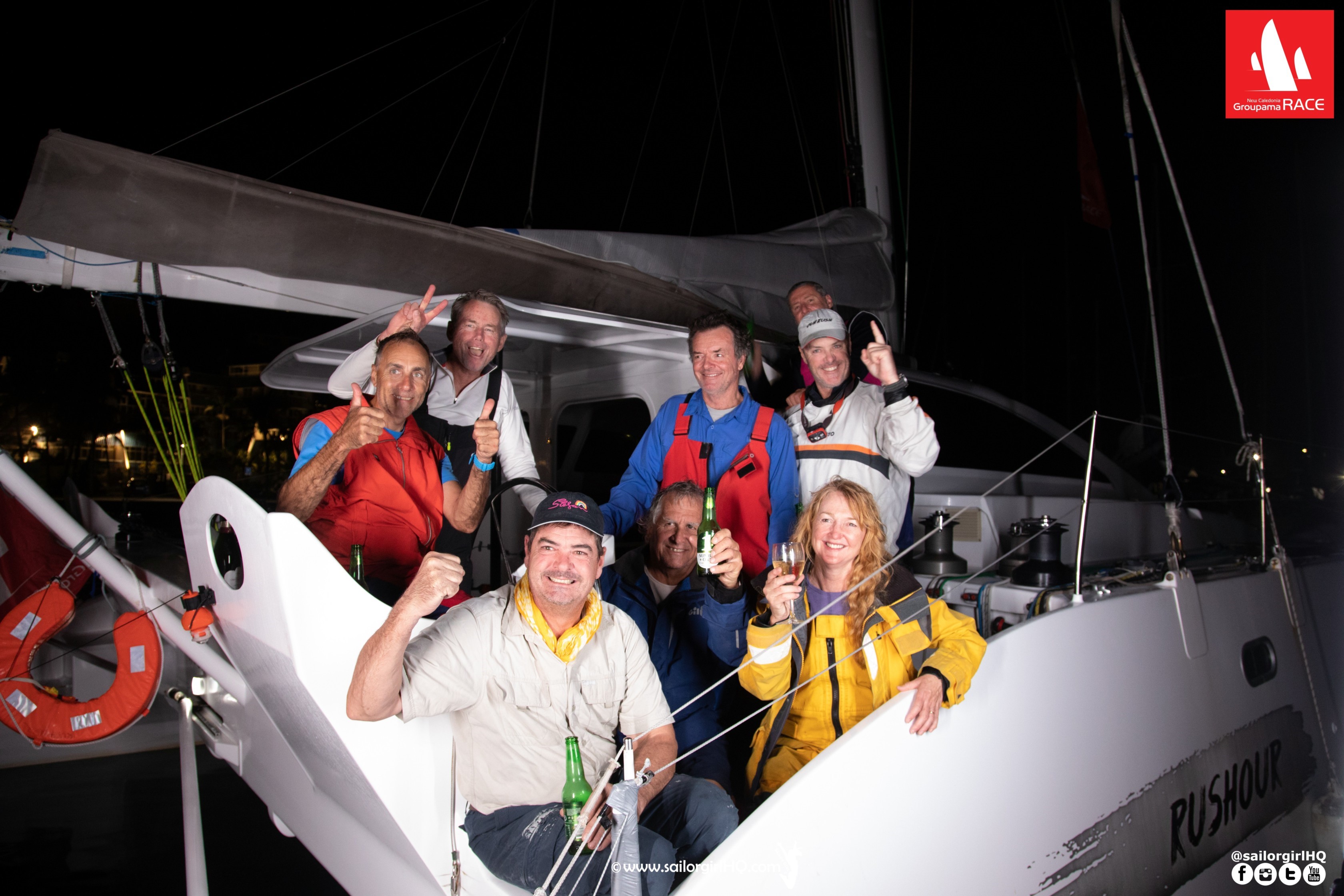 Groupama Race: Rushour is the first in a rush of Australian arrivals

Last night, just before midnight, Rushour was the first for the 7th Edition of the New Caledonia Groupama Race to cross the finish line.

Live finish, including being on board for the flare and interviews: https://fb.watch/dPyTuSgxHc/

Live interview on the dock: https://fb.watch/dPyUNeFp9O/

At 1115 local time a protest was received by the Protest Committee. The Race Committee is protesting Antipodes with the hearing scheduled for 1900 local time. We will keep you posted on the findings.

Live broadcast of the finish: https://fb.watch/dPyGRj4tmz/

Live broadcast on the dock: https://fb.watch/dPxRo5Hc4S/

The remainder of the fleet

The remainder of the fleet is sailing along the east coast, upwind, in light conditions.

Eye Candy the Sydney 38 has now passed Kalolo, but their rivals Poulpito MLSC FCD and Guilty Pleasures Speed Marine are within miles. The three Sydney 38’s and the last multihull are expected around sunset, with barely thirty minutes between them. Wings is also in the mix with this pack, however, they have opted for a wide approach to Noumea and the most southern entry to the reef that we have seen so far.

Less than one mile behind is the first double-handed crew Motor Boat 2.

Unfortunately Blade Runner, the fourth boat in the doubles category, and the smallest boat in the fleet has detected issues with their rudder. They are on their way to Koumac, to repair and will likely not complete the race.

On corrected time, it is exceptionally close between the top three, who have held their positions for most of the day.

We will keep you updated as the fleet progresses, and will provide live finishes and interviews on arrival.